Design, manufacture and installation of security decorative railings and sliding gates to the entire perimeter of the property. 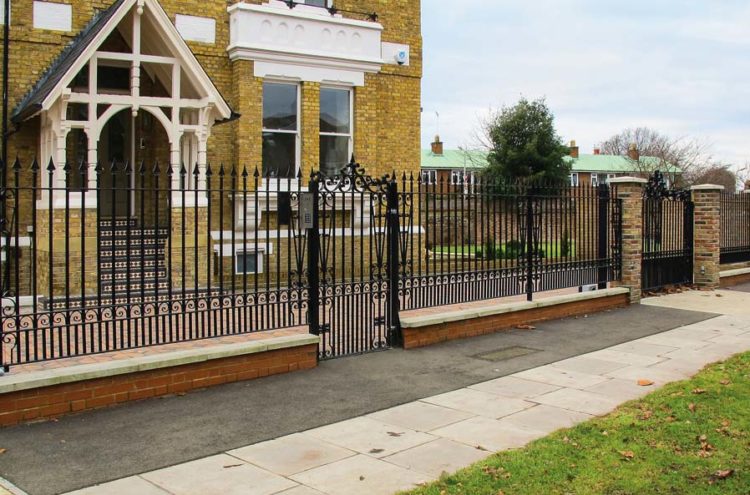 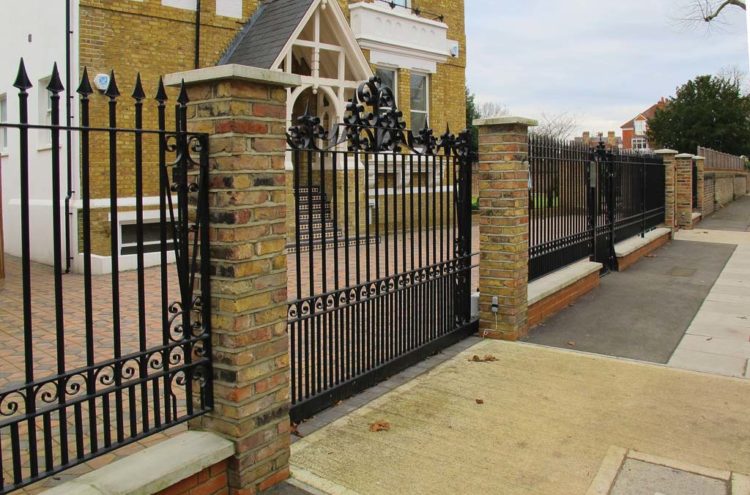 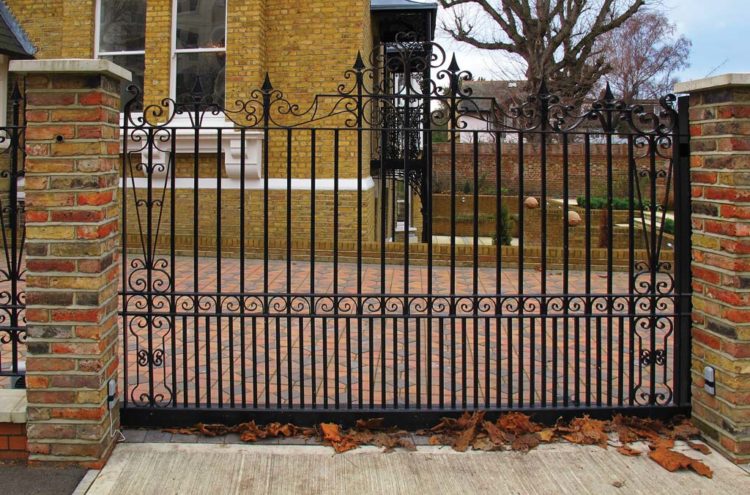 We were approached by an architect who liked some of our work, and were asked to come up with some gate and railing designs that would fit in with the style of the house, whilst also making a decorative feature out of them.

All the security railings and gate had to blend in and the design had to follow through and over a low brick wall. The gates were to be automated and connected and controlled by the buildings BMS system.

We produced a design that was similar to one of our standard designs and tweaked it to suit the front of the property. We manufactured railings that also matched in with the gates.

The security gates were automated and were designed not to be too bulky so they would blend in with the railings. The decorative patterns and scrolls on the gates were designed and drawn up and then ordered from a blacksmith. They were they assembled bit by bit into the gate and railing framework and welded in place. The end result was a really nice looking secure frontage to the property.

We specialise in all aspects of commercial security products.
Get in touch to discuss your requirements today...