We worked on the Cambridge pedestrianised area to provide bespoke security railings and automated gates. 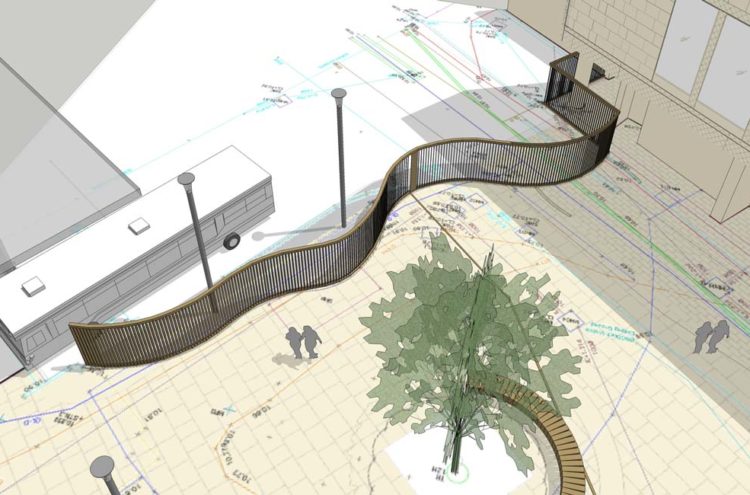 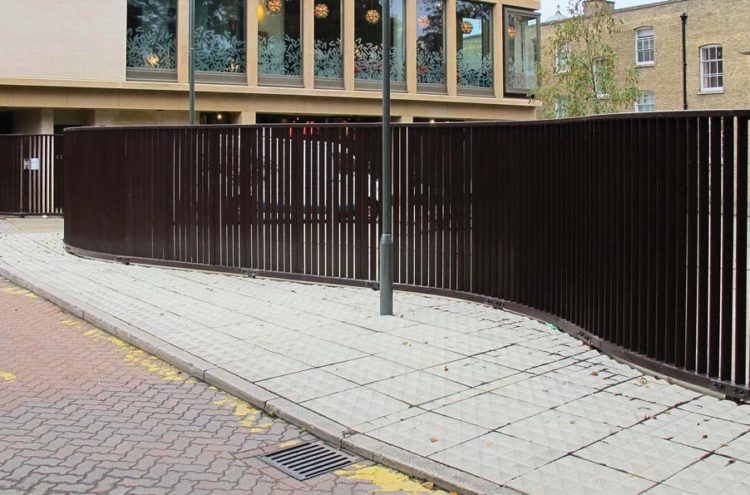 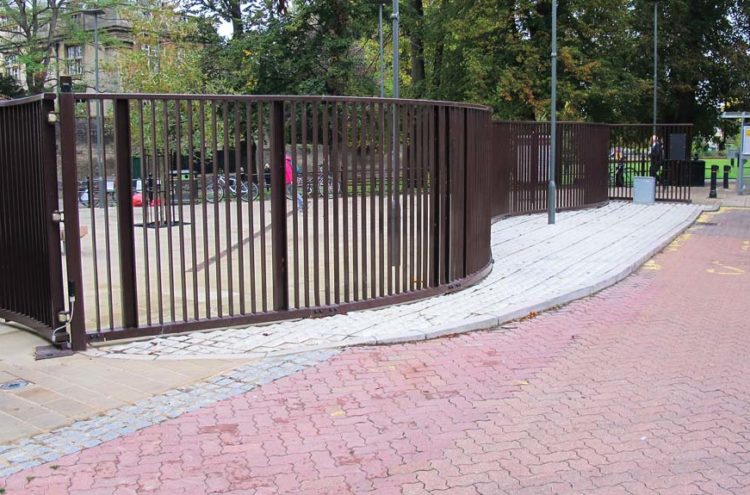 We were asked to design, manufacture and install railings that were curved on plan, and they had to incorporate some automatic vehicle gates, that also had to be curved and fit in with the railings, so that they blended in when they were closed.

The client also wanted the railing infills to be flat bar, with all of the infills pointing the same direction even though the railings were curving. In addition to the we had to install these after new paving was to be installed, without disturbing the paving

Before the new paving was laid, we installed ground sockets that were slightly higher than the paving and that were concreted into substantial foundations and positioned carefully to the curved line the new railings would take.

The same had to be done for the security gates and also the electrical work that was needed to power the gate automation and controls. Once the paving was finished we slotted the railings and gates into the ground sockets. Traditional gates and railings have box section posts, but we manufactured posts from the flat bar infill sections so that they looked like the rest of the infills as opposed to bulky box section posts. The finished result was what the client was after. When the gates are closed, it looks like a curved section of railings

We specialise in all aspects of commercial security products.
Get in touch to discuss your requirements today...