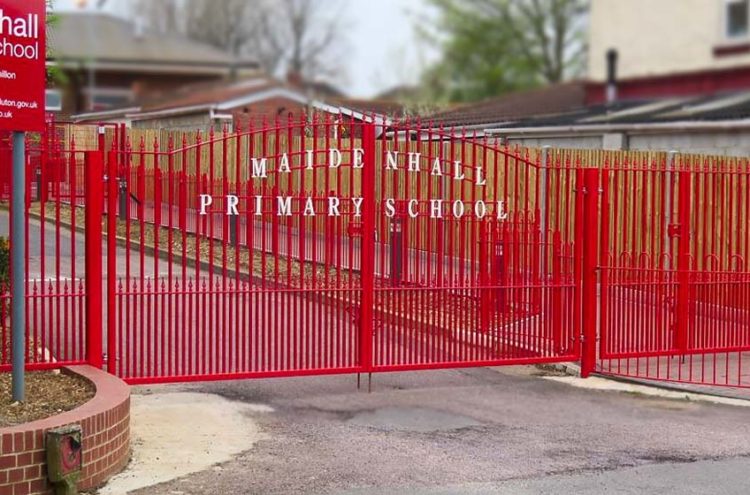 We were asked to improve the access to the school, re-arrange the entrance way and lift the entire appearance of the entrance, whilst replacing the problematic existing automated gates and narrow entrance.

We carried out a complete overhaul to the front entrance to transform the look and appearance of the school.

We installed new decorative entrance gates, that are all manually operated, installed a new entrance path that was wider than the existing and increased the roadway width, by re-building the front wall, and moving the kerb stones.

New timber fencing was also installed to both sides of the driveway boundary. We installed new handrails and railings to various areas within the school, and installed a new bin compound, complete with foundations and fencing to enclose it.

A new retaining wall was built to the school field, and old fencing removed and a section of the school field was re-landscaped to improve the play area. The project also involved the removal of trees, shrubs and other clearance works to accommodate the new installations.

The main entrance gates were our popular ‘Brookside’ design gates, with railings to match and the schools name on the front of the gates.

We specialise in all aspects of security products for schools and colleges.
Get in touch to discuss your requirements today...