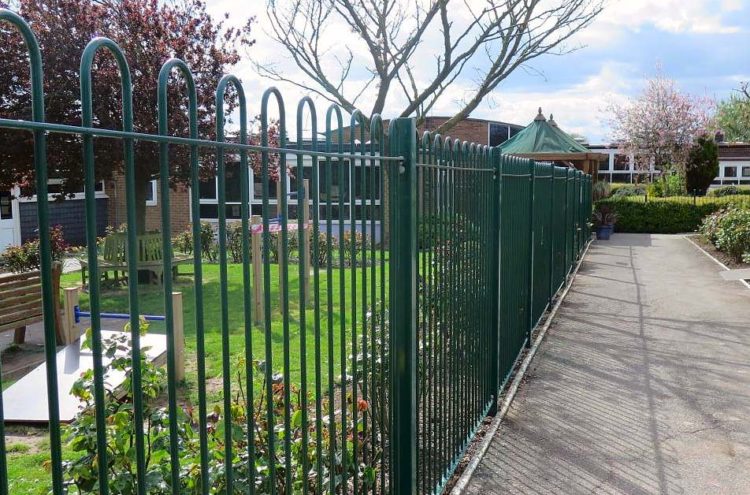 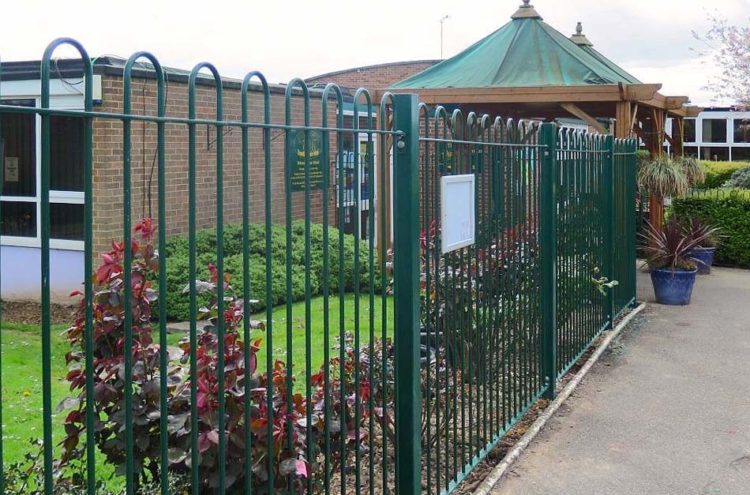 We were asked by the school to replace some existing railings and installing new railings incorporating new gates and changing the layout.

We manufactured, and installed green powder coated bow top railings and gates. The bow top design gives a slightly softer feel than the traditional railings, so they don’t look as imposing.

The new railings and school gates were installed higher than the existing, improving security. The names of both the junior and the Infant schools were fitted to the railings in steel lettering, and coated in yellow as a finishing touch.

We specialise in all aspects of security products for schools and colleges.
Get in touch to discuss your requirements today...