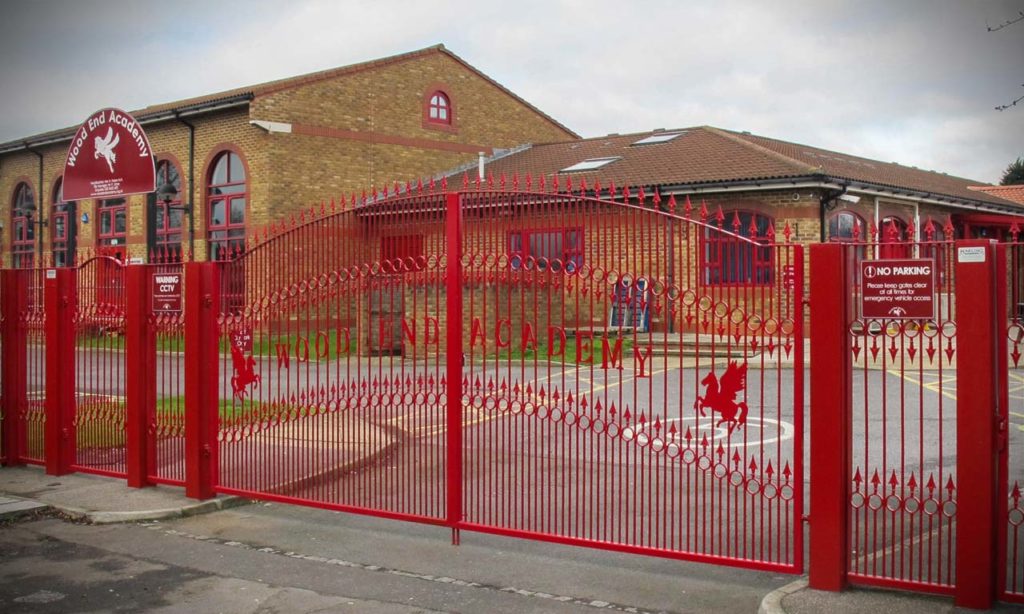 When it comes to schools, some children and even parents associate fencing with a lot of negative imagery surrounding the loss of freedom and entrapment.

That being said, fencing in schools is incredibly important for a number of very serious reasons. If designed properly, given the multitude of visually appealing designs and colours, fencing can provide the necessary safety feature that schools need, without being an eyesore or looking too much like a prison.

If you need further convincing about its importance, consider some of the main reasons why schools have fencing in the first place.

Keeps the Children Safe and Sound

Schools that do not have adequate fencing around the playgrounds leave the children in danger of sexual predators, kidnappers and even wild animals. It also means that kids that try to dodge classes have an easier way to slip away.

Obviously, no head teacher (no, not even the one you had when you were little) really wants to have bars around the perimeter of the school, but they need to have something in place so that the children are safe and that parents can get on with their day-to-day lives without worrying about their children at school.

When a school has a well-designed, well-constructed and aesthetically pleasing fence it can help elevate the overall image of the school. Schools want to be considered a safe place for children and want parents taking their children there to feel they will be safe enough.

This is why schools should budget wisely and invest well in a good quality fence. Despite some of the negatives connected to fences, they really are a great way to make a first impression on visitors.

After all, they are the first thing parents of future pupils are going to see when they approach or pass by. There are no rules that say a school’s fencing has to be depressing, dull and cold stainless-steel.

There are a wide variety of options out there and a school could even incorporate its colours into the fencing, bringing a sense of cohesiveness between the exterior and the interior of the school.

As parents can’t always be there to protect their little ones, it is down to schools to provide a safe and protective environment for them, while they are in the care of the faculty. Children can often be coerced and convinced to go with strangers if they say they are there to pick them up and give them a lift to their home. One of the worst nightmares for a parent is the thought of their child being abducted.

When schools don’t invest wisely insufficient security, the risk of this happening increases.

Consider the fact that throughout England, Northern Ireland and Wales during 2014 to 2015 there were over 1,141 child kidnappings and abductions.

As scary as that statistic may be, that doesn’t account for the many more that possibly haven’t been recorded by the police. School fencing is there to keep intruders on the outside and children safely on the inside. When they have been thoughtfully designed and use durable materials it prevents any breaches, whether it is criminals climbing over or something else, from happening.

When schools are located within residential housing areas, it is not only to the pupils attending that school that are owed safety, it is to the homeowners and their properties too. Children that can easily play truant during the hours when they are meant to be at school can get up to all sorts of trouble, that can have a direct impact on the local area.

Elderly residents in the area can often feel anxious and threatened, both physically and emotionally by specific pupils and therefore, fear for their safety and well-being. That is another good reason why school fencing is so vitally important.

Even though schools do their best to engage pupils and make school enjoyable and satisfying, there are always some children that just don’t like school at all. It could be the stress of their school work, bullies or something else. Schools that don’t have the right safety measures in place, such as high-quality and robust fencing, make it a lot easier for pupils just to wander off during free periods, play time, lunch break or even during class time.

This may lead to them missing some periods or just taking the whole day off and missing out on their learning. Schools have a serious legal responsibility towards the children in their care, especially while school is in session.

Take this sobering illustration as an example of the importance of fencing – if a child escapes school because of a lack of fencing, and is then hit by a car, the school would be the party at fault legal for not taking the appropriate security measures and installing a fence.

We specialise in all aspects of commercial and education security products.
Get in touch to discuss your requirements today.